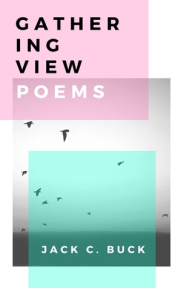 A couple of years ago I traveled with my wife to my home state Michigan, north of the city of Detroit. We were to stay there during the last week of March and the first week of April. The last few times I went to Michigan it was either in June, August, or October. And even though I grew up in Michigan, I had not been to Michigan in March or April in quite some time. I packed a couple of cotton sweaters and a rad waxed-cotton motorcycle-style jacket with a picture of Steve McQueen imprinted on the lining. It had no snap-in wool lining and I thought that I would not need it.  After all, March comes in like a lion and goes out like a lamb. Right? As the plane carrying me and my wife was descending for a landing in Detroit Metropolitan Airport, we looked out the fuselage window and saw what looked like at least three inches of snow on the ground. The pilot came on the air and announced that the wind chill was 5 degrees Fahrenheit. I looked at my wife.

The shuttle bus drove us to a car rental and we chose to pay for a mid-size car.  The cashier told us we would get a Ventura.  We stood outside shivering, clenching our teeth, hugging each other while we waited for the valet to arrive with the car.  The valet drove up in front of us in a brand new Charger. He said he took one look at my cool jacket, and new I would need a sporty ride. I thanked him and gave him tip.  We leaped in the vehicle, drove to the first shopping mall we saw alongside I-94, ran inside, and bought wool sweaters, down jackets, Detroit Lions beanies, and gloves.  Sorry McQueen, you would have looked very cool in that new Charger.

Driving to my sister’s house, I remembered that when I was a kid I walked one mile every day to school and one mile back. Sometimes during January or February, no matter how many layers of clothing I wore, the cold bit all the way down to the marrow of the bones.  The cheeks on my face felt like they had been scorched with ice.  And then the cold would grip my lungs and heart and I thought I was going into cardiac arrest.

Reading Jack C. Buck’s “Gathering View” harked back those times.  I had again forgotten that winter in Michigan can last well into May.  Mr. Buck has kindly reminded me. I wish I had read this book before that expedition with my wife.  Winter in Michigan is either chilly, cold, freezing, polar, bone-chilling, face-peeling, or heart-stopping. There is no warm, cuddly, soft-fleeced March lamb. Mr. Buck encapsulates this face-blistering phenomenon in his vivid collection of short poems. In his book, warmth comes only in human contact, literally and lovingly. His succinct poems paint the grandeur of Michigan in all its beauty—rivers, lakes, forests, flora and fauna.  He also alludes to the Michiganders penchant for football.  The book is divided into three sections: one is the late autumn and first few months of winter (including references to football); two, the long bitter middle of winter; and three, the ending of winter and the beginning of spring (which can still be quite nippy).  In this book, Buck has produced empathetic poems about loneliness, solitude, and those ever-saving Persophonic graces, acts of humanity.

Stephen Page is the Author of The Timbre of Sand, Still Dandelions, and A Ranch Bordering the Salty River. He holds two AA’s from Palomar College, a BA from Columbia University, and an MFA from Bennington College. He also attended Broward College. He is the recipient of The Jess Cloud Memorial Prize, a Writer-in-Residence from the Montana Artists Refuge, a Full Fellowship from the Vermont Studio Center, an Imagination Grant from Cleveland State University, and an Arvon Foundation Ltd. Grant. He loves his wife, reading, travel, family, and friends.