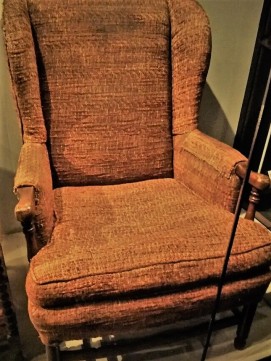 .
Obit
.
But he was 68 years old.
Only a few years older…
A twinge in his pancreas
dead in three months.
.
Or he was found on the toilet seat.
Cheap plaid boxers
under an expensive linen suit.
.
They found him propped in his favorite chair
in front of the TV
Archie Bunker said “Ah, Jeez”
and he was gone.
.
They were known for their kindness
but what a world we would have had.
These men and women
proud of their service
survived by many
as if it was an accomplishment
a son in Cleveland
a daughter in Dallas.
.
They were just a few years older
the black and white
post office face
that stares
at me
as a matter
of fact.
.

Doug Holder teaches English at Bunker Hill Community College in Boston.. He is the founder of the Ibbetson Street Press, and is the arts/editor for The Somerville Times. His latest book of verse is ” Last Night at the Wursthaus”  ( Grey Sparrow Press)  He recently collaborated on a play with playwright Lawrence Kessenich  “The Patient,” which had a staged reading at Playwright’s Platform in Boston. Boston Area Small Press and Poetry Scene