.
Ain’t I A Woman?
.
I sell the shadow to support the substance,
suppressed souls of our kidnapped ancestors
trapped in the galleys of rat-infested ships,
.
auctioned in markets, whipped in plantations
thousands of miles from home. I stand beside
smelly cattle, both of us up for grabs, no one
.
seeing the legion of dignities stitched to the
hem of my simple cotton dress. Where to turn
that I can’t be found, these cursed blisters
.
given time to heal? I close my eyes, wish my
skin was calf leather, but I’d surrender the touch
of a loving, honest man. Should I conspire
.
against this trade-off? I watch my children float
like embers in the sky, reach for them with
withered hands. Some I snag between forefinger
.
and thumb. Some I won’t see again. What’s left
to do but nurture, abolish, lead, represent, speak,
pave paths to a better world. My brothers and
.
sisters will stand with me; we are all roots of the
same stem. I believe this can be done. My name
is Sojourner Truth. Ain’t I a woman?
.
* “I sell the shadow to support the substance,” is the caption beneath a photo of Sojourner Truth from 1870.
.
Again With This ‘New Day’ Business
.
Toll house enclave, opulent homes, a street where
mummies live, mommies silently die choking on
.
eclairs meant for royalty, sporting boots in need
of shine. Languor settles like dust. Josephine, her
.
passé husband roughing it corporate-style, eyes
new thrills from greasy tire mechanics and
.
back-braced stock boys with ten-syllable surnames.
SUV fails to excite like it used to. Pinball arcade
.
across town suffices, interrupts tea parties, café
excursions at noon, boutique mall engagements.
.
An accelerant to the tedium sounds about right. She
used to harbor disdain for the dawn, now downright
.
despises roosters, whippoorwills, winds whipping
cacophony through cinquefoil shrubs and linden
.
treetops. Even the freshly-brewed cappuccino tastes
like arsenic which, in all reality, she hopes it is. 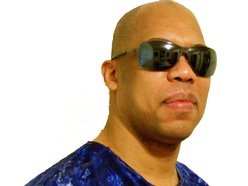 Robin Ray is the author of Wetland and Other Stories (All Things That Matter Press, 2013), Obey the Darkness: Horror Stories, the novels Murder in Rock & Roll Heaven and Commoner the Vagabond, and one book of non-fiction, You Can’t Sleep Here: A Clown’s Guide to Surviving Homelessness. His works have appeared, or is appearing, in Red Fez, Jerry Jazz Musician, Underwood Press, Scarlet Leaf Review, Neologism Poetry Journal, Spark, Aphelion, Bewildering Stories, Picaroon Poetry, The Bangalore Review, The Magnolia Review, Vita Brevis, and elsewhere. http://seattlewordsmith.wordpress.com/
.
.
.