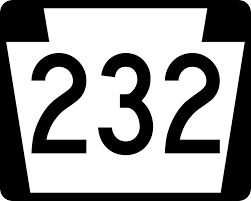 The War Still Within: Poems of the Korean Diaspora by Tanya Ko Hong

What the Owl Taught Me by Annest Gwilym

The Weight of Bodily Touches by Joseph Zaccardi

On an Acre Shy of Eternity: Micro Landscapes at the Edge by Robert Dash

The Elvis Machine by Kim Vodicka

Getting to Philadelphia: New and Selected Poems by Thomas Devaney

In The Dream House by Carmen Maria Machado 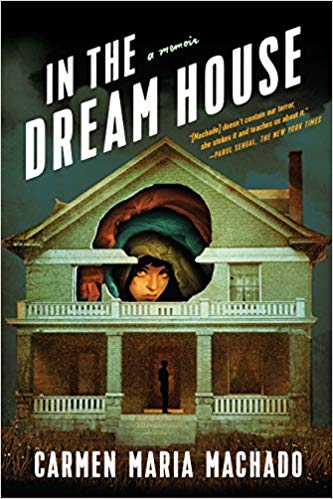 In her memoir In the Dream House, Carmen Maria Machado describes the abusive relationship that she had with another woman. Taking an experimental approach to the memoir form, Machado creates a compelling narrative that describes both the love and the horror she felt while in a two-year relationship with “the woman from the dream house.” The experimental approach is when an author strays from the traditional form of a narrative. Machado breaks the form of the narrative by writing her “chapters” in different genres to match what it is that she is discussing. The experimental approach allows Machado to engage her audience in many different ways, by both confirming the experiences that her queer readers might have had while also teaching her audience about the horrors of abuse and the way that the world deals with it. She uses historical and legal information to show that the world does not view homosexual abuse, especially woman-on-woman violence, with the same urgency and worry that they view heterosexual abuse. This means that many women in queer relationships are not taken as seriously when they talk about it. Machado is one of the first authors to write down and publish her experience, showing the world the horror that she faced.

Machado employs an innovative structure that sets her memoir apart from others. Her book is written in small sections, some ranging a sentence and others reaching around five pages. Each section is titled “Dream House as…” (examples include “Dream House as Choose Your Own Adventure” and “Dream House as Queer Villainy”) and these titles give an idea as to what Machado plans to explore in the section. There are some sections, “Dream House as Lost in Translation,”’ in which this idea of a frame works really well by describing how Machado attempted to talk to her girlfriend about an issue and how the woman turns it around on her. “You talk to her. You are clear. You think you are clear. You say what you are thinking and you say it after thinking a lot, and yet when she repeats what you’ve said back to you nothing makes sense.” This section shows how language can be misinterpreted based on the person’s intentions and the way something is said, and this can be seen as a form of something being lost in translation. However, there are other sections in the book, such as “Dream House as Choose Your Own Adventure,” in which the main meaning of the section gets lost within the experimental form. The reader finds herself getting confused as to what it is being told to her and this can cause the story to become lost. However, as a whole, the experimental framing of each section adds a unique turn to the memoir style and to the telling of Machado’s story. It causes the reader to see the horror of the relationship while also gaining a deeper understanding of Machado’s inner thoughts, allowing for the question of “Why didn’t you just leave?” to be addressed. The reader understands why she didn’t leave, and the framework that the book is put into allows us to gain this information in a unique way.

The framework of her memoir also allows Machado to intersperse both historical and legal information that pertains to the queer community by contextualizing various thematic readings. Her section titled “Dream House as Ambiguity” discusses how the queer identity, especially the female queer identity, has always been elusive and difficult to understand to the heterosexual person. She states that,

Heterosexuals have never known what to do with queer people, if they think of their existence at all. This has especially been the case for women… This confusion has taken many forms, including the flat-out denial that sex between women is even possible.

She then precedes to discuss how many legal positions about female queer abuse have not been taken seriously due to the ambiguous idea that women could not be the victim of another woman’s abuse. The factual information that Machado adds to her book allows her to reach out to her broad audience, but the information sits differently depending on who is reading it. For the readers who are a part of the queer community and who have possibly faced the legal system ignoring their abuse because of their sexuality, the facts that Machado places in her book shows that those readers are not alone. These are also used as a way to reach out to the heterosexual audience, teaching them about the issues that queer people have to face and how abusive relationships still do appear in queer relationships despite what media says.

Not only does Machado add historical and legal information into her book, but her story is also littered with references to Disney movies, sitcoms and science fiction television shows, 80s music, and mythologies. Like the factual information, these references are often placed into their own sections, examples being “Dream House as I Love Lucy” in which Machado discusses how the popular 1950s television show jokes about the idea of stolen identities, making something horrible into something funny. She writes,

Even now, I feel uneasy watching episodes of TV shows about mistaken or stolen identities. The slipperiness of reality that comes along with the comedic device of misunderstanding when someone is not mistaken at all feels uncomfortable to me…. All with a sheen of slapstick, a humorous distance. Isn’t this funny? This is funny! It’s so funny! It could be funny! One day this will be funny! Won’t it?

It is moments such as these where Machado’s ability to show the repercussions of trauma appear in incredible clarity. The reader is able to gain a deeper understanding about how trauma can affect a person, causing her to look at the world in a different way by making it difficult to find humor out of something horrible. Machado attempts to reach out to her audience and explain the need for balance between humor and serious conversation about trauma through her references.

Machado also uses her references to discuss the way that the queer community is often portrayed in media. She states that, “Narratives about mental health and lesbians always smack of homophobia” and how, because of this, it is often difficult to distinguish the fictional stereotype from the reality. She describes how, even after the idea of queerness has been accepted by the majority of popular culture, the lesbian character is often portrayed as an obsessive lunatic who is violent and a stalker. It is because of images like this that when a woman actually acts this way, it affects the entire queer community because it reinforces the stereotype. “I am unaccountably haunted by the specter of the lunatic lesbian. I did not want my love to be dogged by mental illness or personality disorder or rage issues… if I could say anything to her, I’d say… ‘stop making us look bad.’” On the flip side, Machado also praises certain representations of “negative” queerness in her section titled “Dream House as Queer Villainy.” She states that she understands the issue in how “villainy and queerness became shorthand for each other” but how she still finds that she loves the queer villains in Disney and other movies. The reason behind this is because this representation allows people to “give space to queers to be — as characters, as real people — human beings” and how these characters show “the idea that queer does not equal good or pure or right.” She praises the idea of allowing queer characters to be seen as imperfect and evil because it creates fascinating characters who feel more realistic than a stereotype.

Machado’s ability to weave historical and legal facts as well as allusions and references into her narrative about her abusive relationship shows a deep understanding that there is a need to put her story out into the world. People who have been in similar situations can find it comforting to know that they are not alone, while others can use it as a tool to learn more about the queer community. The framed sections that Machado writes her book in, while sometimes being a bit too confusing, create a fairly stable environment for her to engage her material in. She uses the short sections to point out the flaws in the way the queer community is represented and treated by society while balancing it with her own narrative. Her book’s form allows her to reach out to a wider audience in hopes of teaching people about the importance of shifting our world’s views on queer abuse by not hiding it in the shadows or making a mockery of it. In all, Machado’s In the Dream House is a unique reading experience that shows both the strength of a woman who suffered horrible abuse while successfully shedding light on the way that they world views queer relationships.

You can find the book here: https://www.amazon.com/Dream-House-Carmen-Maria-Machado/dp/1644450038

Branwen Armstrong is currently an undergraduate student at Eckerd College, studying for a BFA in Creative Writing and a double minor in Japanese and Literature. Branwen writes fantasy as well as LGBT+ short stories and novels. Armstrong is the recipient of the James A Michener Creative Writing Scholarship, the first recipient of the Hunter Pressley Annual Scholarship for Creative Arts, and has been nominated for the Writing Excellence Award for Eckerd College’s Writing Portfolio.