A Little Excitement by Nancy Scott

Danish Northwest/Hygge Poems from the Outskirts by Peter Graarup Westergaard 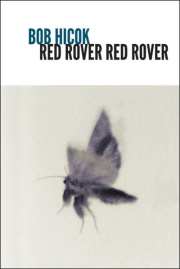 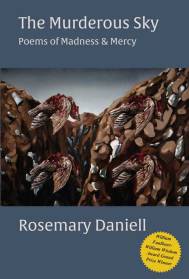 The Murderous Sky: Poems of Madness and Mercy by Rosemary Daniell 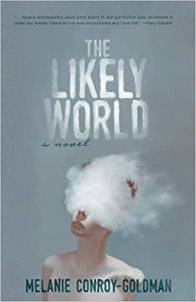 The Likely World by Melanie Conroy-Goldman 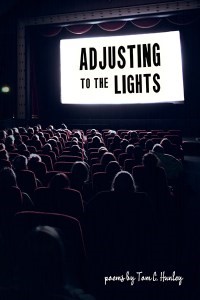 Adjusting to the Lights- Poems by Tom C. Hunley 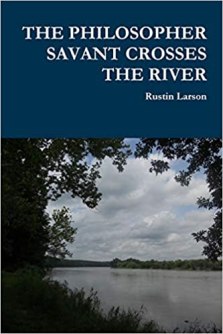 The Philosopher Savant Crosses The River by Rustin Larson 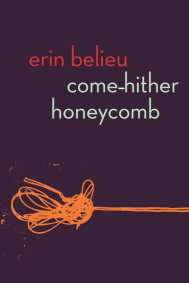 And So Wax Was Made & Also Honey by Amy Beeder 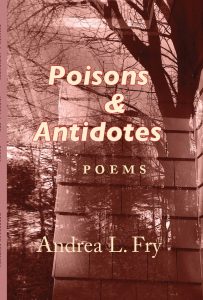 The Maltese Falcon by Dashiell Hammett

Top ten book reviews based on readership of North of Oxford

A Little Excitement by Nancy Scott 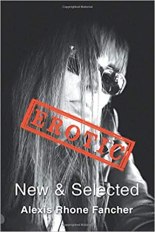 Danish Northwest/Hygge Poems from the Outskirts by Peter Graarup Westergaard

The Likely World by Melanie Conroy-Goldman 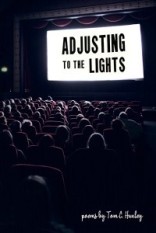 Adjusting to the Lights – Poems by Tom C. Hunley

The Philosopher Savant Crosses The River by Rustin Larson

In Melanie Conroy-Goldman’s novel, The Likely World, Mel lets a drug called “cloud” spread over her mouth and wrap her in a state of forgetfulness. The story is told in a braided narrative between the years 1988 and 2010. Mel is a woman whose mind has been fogged by substance abuse and is boggled when a man she doesn’t recognize shows up at her house. A single mother, she struggles with whether or not she should revert back to her addictive, pre-sponsor (Emily) behavior, or if she should adapt to a modern definition of pure motherhood, one where she tucks herself into a neat little drawer and her child becomes her new drug, her happiness, her everything.

In The Likely World, Conroy-Goldman has created a fictional drug that explores why, we as humans, want to forget parts of ourselves. Mel’s job is working for a man named Lew who asks her to create a tidbit of narrative that entices the viewer to click on a pornographic image. Once the viewer does, code is embedded into the computer and is able to replicate itself. This is similar to the drug Mel is using. That need she has, that we have, to forget, to smooth ourselves out, to become ideals of ourselves, to become the people in porn, which isn’t sex but the likeness of sex, the false beautification of sex: perfect people in perfect images whose entire objective is to arouse the viewer. Technology mimics real life but falls short. Isn’t the use of drugs always an attempt to either flee or enhance the actuality of perception? Drugs are an escape, a way out, a glossing over of all the problems we have: “a drug like that, it could smooth you out. All the awkward moments, all the missteps, cloud could fix all the times you got it wrong” (33). It sounds perfect, right? Except for one thing.

In The Likely World characters become ghosts of themselves. They show up to meetings missing hands, missing personalities, becoming people unable to recognize one another’s faces, unable to remember moments of their own past, always living in some kind of strange forgetfulness; their brains are always trying to piece together the whole story.

Conroy-Goldman’s postmodern novel beautifully speaks to the complexity of real life and addiction. Similar to David Foster Wallace’s Infinite Jest, it’s a novel about addiction with an affinity for the strangeness of modern life, an investigation into modern brains, which are treated as computers with intricate and complex webs of synapses. Infinite Jest takes a capitalistic look at the future and creates a book with an encyclopedia of citations and endless references: paths that follow paths to more paths to more information, i.e. the internet. He reinvents the form of what a novel can be. Melanie Conroy-Goldman challenges the form of “novel” by writing one with a hole in the center: Mel is a character looking for Juni’s father, the boy she went to camp with, Lew’s video, and a man who came to her house in a SUV.  There is an overwhelming sense throughout The Likely World of trying to get at the center of something. Mel’s daughter, Juni speaks in a type of gibberish, common to babies born whose mothers used cloud. Juni becomes a misfiring computer. The inability of her daughter to speak in real words is another hole, another post-modern stylistic choice: nothing, no one is whole.

This novel is ghostly and strange to read now, during the pandemic, during the post-Trump years, during our technological explosions. After reading it, I felt triumphantly happy for real life. I went to a picnic for a friend and saw that no one there was using their cell phones. I was elated to remember the faces of my friends and how they look in real life, outside, in the natural world, not on zoom, not on photographs on the screen. Perhaps Conroy-Goldman is commenting on our modern lives: put down your phones, give up your addictions, rebel against the attention economy and engage in the actual, real world: the one that already surrounds you.

You can find the book here: https://www.amazon.com/Likely-World-Melanie-Conroy-Goldman/dp/1597098086

ALEXIS DAVID is a poet and fiction writer who holds a BA from Hobart and William Smith Colleges, an MA in Education from Canisius College and an MFA from New England College. She published a chapbook called Animals I Have Loved. Links to her published work can be found here: https://alexisldavid.wixsite.com/alexis/writing