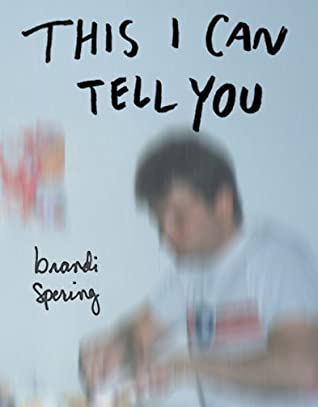 .
By g emil reutter
.
It is all here. Brandi Spering’s meditative reflections on part of her life; the dysfunctional/functional family; the steady Grandm; the making of the gravy; yellow tint of refinery air; and hard luck lives. Spering captures row house South Philadelphia; patronage system of local politics; and the never ending quest to understand the murder of her father, who was consistently inconsistent.
.
Spering brings us into the 1990s with images of her grandfather in straw hat, cigarette in mouth grilling; grandmother waves away a camera as her mom walks around with a mullet and father in short shorts. This is a scene she has memorized. Spering jumps into Easter of 1994: captures Easter baskets wrapped in clear plastic, gathered and tied at the top with pink and blue ribbons. Tradition as much as the gravy is.
.
She moves us through the book with ease. We meet the characters: siblings, parents, grandma, and friends in a powerful poetic narrative that always returns to her father. Spering details the absence and reappearances; his rehab from an accident;  screws and rods in his leg; his apartment, a room he rented; and what would come. Spering also detailed her mother living with the grandma and then getting her own place and fixing it up. Her mom works a city job and stresses education to the kids. No matter the dysfunction the kids would do better than the parents.
.
The continuing heartbreak:
.
I told her it was impossible. That a father—his roommate—would never
leave his daughter behind. That a father would never take another father
from his children’s lives.
.
Yet he did. No matter the drama of South Philly where two days before men with brass knuckles and a baseball bat were seen knocking on the door, or the roommate’s mother yelling He finally did it. Or the case to be made that her father was murdered because he was a witness to the murder of his roommate. The cops called it a murder/suicide. For reasons unknown the roommate shot Michael Spering and then himself. No arrest, no conspiracy theory.
.
Upon hearing the news, she is driven back home from New York where she is studying. Upon arrival she meets extended family she never knew, all sitting in her mother’s living room. They too would leave as if they were never there because they never were. Spering captures the impact of her father’s death, yet throughout the narrative we learn bits and pieces of growing up on the streets of South Philadelphia, the unspoken strength of her mother, and Brandi Spering herself.
.
You can find the book here: https://www.perennial-press.com/buy-this-i-can-tell-you
.
g emil reutter is a writer of poems and stories. He can be found at: https://gereutter.wordpress.com/about/
.
.
.
.