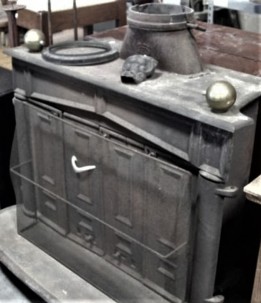 .
Burning Coal
.
Early morning I toast between kitchen
counter and cast-iron stove. My eyes sink
into the chimney hole’s orange glow.
Pale flames wrapped like cellophane
around the black rock meteorite of coal.
.
Heat lavished upon my thighs in chill
February rain, misting kittens, furry rain,
my mother-in-law calls it, kneeing
the washing machine onto the balcony
where it can drain. Between the stovetop’s
cavern and the counter’s aluminum trim,
.
I slump the way he did when he harkened
to an earthen jar in morning murk
after his second or third hospitalization.
His wife hid plastic jugs amid crates
.
and mops out the balcony window.
I must admit I snuck a sip now and again,
wanting to know what it felt like
to be him, the man who was my father-in-law.
.
Even now I have no idea.
. 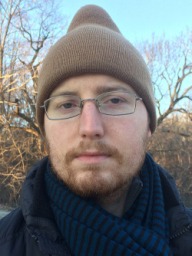