Submissions are open at North of Oxford. Please follow the guidelines and send your best.

From North of Oxford, this windy March issue blows us in two directions: backward into childhood, i.e., the past and upward into a distorted heavenly sky.

Rustin Larson’s poem, “Slap” conjures up Stanley Kunitz’s slapped check in “The Portrait,” but Larson’s metaphor literally moves us into confusion with his opening lines: “It was confusing. It’s / like getting on the wrong / bus and arriving at / the wrong school.” It’s as if childhood were a treacherous journey for the speaker, which leads the reader to his second poem, “Bats and Spiders,” where the end lines of his first stanza are “Your / mother would never have / aborted you’ says my aunt. / Things like that get me / thinking.” There is a mastery and magical craft to this poem that you will want to read and re-read, complete with…”The witch’s hand / felt in her shaggy purse for / a coin.”

Wesley Scott McMaster’s “Gypsy Blood” has Romanian blood running through this poem’s veins. Dedicated to his father, who he cried with, when the speaker, I, “watched my grandfather’s body / weak and frail / carried out to be burned / to be made into dust.”  Not traveling on a bus like in Larson’s first poem, McMaster is wearing “shoes that are worn out / soles worn thin.” Walk with him and you will feel “rain or snow”, “the shit in city streets”and you will hear the voices of his ancestors “soaked in blood…gypsy blood.”

Thaddeus Rutkowski’s mode of transportation to the past, in his poem, “Where I’m From” lists several ways of getting around as a child: “I used a bike, my feet, or skates” never making “it more than a mile or two / from my childhood home.” With mixed maternal and paternal lineage his “goal was to learn to drive. / …and blow out of there.” His next poem, is where the winds of March blow upward, even inward, as we enter, “In the Buddha’s Tooth Temple,” and “We walk into a temple in Singapore to see the relic: / a tooth of the Buddha.” Led by walking, the speaker, more like a tour guide, helps us to see inside the temple, maybe even inside the winds of time, and in arriving, “No one is in the room. / There is no crowd around the pedestal.”

As wind circles, we are blown into the cross current poems of Howie Good.  Not quite Nietzschesque as in “God is Dead,” rather possessing a drier wit and sarcasm, Good’s poem, “God Is a Joke That Nobody Gets” puns on the resurrection, in a modernistic way. “Your god” (with a lowercase “g”) “tumbles/ to the ground dead, then / gets up and dusts off his pants.” Good’s speaker reduces god into an unsympathetic human, someone like an uncaring boss, who is a lot of hot air / a wind bag, that “does a crap job intervening / in human affairs.” Believe it or not, a lot is seen and said in a minimalistic way; how ironic to condense a poem about god into only nine lines—the speaker bringing down the mighty powers of god. Good’s defying humor ensues in a “little snippet” of his squirrely poem, “Against Narrative.”

Check out this month’s issue, stay grounded, and “Beware the Ides of March.”

With much respect & admiration for these our March Madness poets,

.
The Forge
.
Afterwards we lay quiet,
catching our breath,
although we’d done
nothing wrong, we both
felt guilty for some
reason and we could
not let go of this
feeling but we knew
we had to,
there would be plenty
more to feel guilty
about:
I didn’t seek the life
I’ve led, it happened
along the way, I began
with no plans and as
we held onto one
another as youthful
lovers , we knew
life would be closing
in on us and forge us
into becoming
strangers.
. 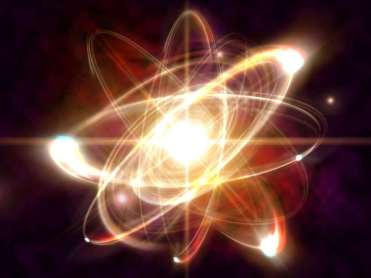 .
Liberty Atoms 11
.
Birdcaged alarm clock flew
Tick-reversed
An hour pursuant to every ten minutes.
Maisie writhed, forecasted a drum roll;
Squabbled-about lace
Reduced to tatters.
Kalanchoe petals on flung down Riesling
Ordered the tidings:
“Look, there’s a cottage.  I can see a light”.
.
Quote: Iris Murdoch, The Nice And The Good
.
Liberty Atoms 15
.
Razor-wire teddy bear
Fissioned its thin ice.
Cynthia’s aura
Held no mollycoddle
Into an insensitive galaxy.
Maisie wrung the cigarette
–       Retaliation.
And on that postal stamp:
“There were faint scratching sounds
Rats perhaps,
Or what Ilona called ‘Mousekins”.
.
Quote: Iris Murdoch, The Nice And The Good
.

Christopher Barnes is a poet, filmmaker, and performance artist.
.
.

.
Time takes pawns like a short game of chess
.
everyone
leaves.
.
corner-shop flowers
gone rotten
as vinegar,
flaking
like dead fish
and scattering ashen petals
on varnished tablewood.
sand
blown up from the sea
and cast in cornered piles
against our castles,
to be gone in the morning,
washed
with spring rain.
.
everyone leaves.
they don’t have to choose to,
but they
do it.
.
everyone leaves.
bats
with wings like eagles
and spiders
with legs
that bounce like bent paperclips.
.
a cup and saucer
in your mothers house,
kept whole for 20 years,
and then dropped
and cracked
and thrown away.
.

DS Maolalai has been released in two collections, “Love is Breaking Plates in the Garden” (Encircle Press, 2016) and “Sad Havoc Among the Birds” (Turas Press, 2019)
.
.

.
Tree
.
I am watching men in hard hats and chain saws
amputate limb by limb, before they destroy
the trunk, a most magnificent oak tree
across the street—for no apparent reason.
I have admired this tree for decades, the
tallest in the neighborhood, even the city,
and no doubt hundreds of years old.
It must surely rise over three hundred feet,
though I am not much at guessing distance.
It’s wide as a massive ziggurat, and who knows
how deeply its roots burrow into the earth.
I imagine it reaching into the sky to touch
Orion, that it is in fact a sublunary Orion
itself, an Orion being butchered
for no reason, for no reason, for no reason.
But this is the way it goes with the sacred.
.

Submissions are open at North of Oxford for poetry, book reviews and essays. For consideration of publication please visit our guidelines here:  https://northofoxford.wordpress.com/about/

North of Oxford
Create a free website or blog at WordPress.com.